The Ambassador was a step up from the Matador. If AMC came close to selling a luxury car, this would be it. There were stripper versions for cabbies and coppers as well. Only two of its model years fall within the smog-era. It was dropped after ’74 in favor of the Matador pressing on in a wider role. 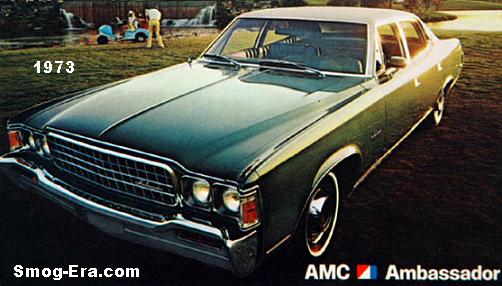 For 1974, the car was updated, gaining 7 inches of wheelbase. It looked remarkably like the newly redesigned Matador, other than the size difference and headlight arrangement. The coupe was no longer available. Engine choices remained the same in its final model year.