At the start of the smog-era, the Citroen SM was in its last year of importation to the U.S. The body style was a 2-door fastback. In typical Citroen fashion, the design was strange, but maybe even ahead of its time. The SM was aimed at the personal luxury coupe segment. Its main competitors were the likes of the Mercury Cougar, Buick Riviera, Chevrolet Monte Carlo, etc.

The transmissions were a choice between a 5-speed manual or 3-speed Borg-Warner automatic. Driving those gears was a 3.0L DOHC Maserati V6, which had 3 2bbl Weber carbs. Horsepower was 190, which of course was more than most V8s were making then. Torque was 187ft/lbs, alot less than a typical V8 of the time.

Citroen filed for bankruptcy in 1974, as well as not properly addressing the latest bumper laws. These were two additional nails in the SM’s coffin. 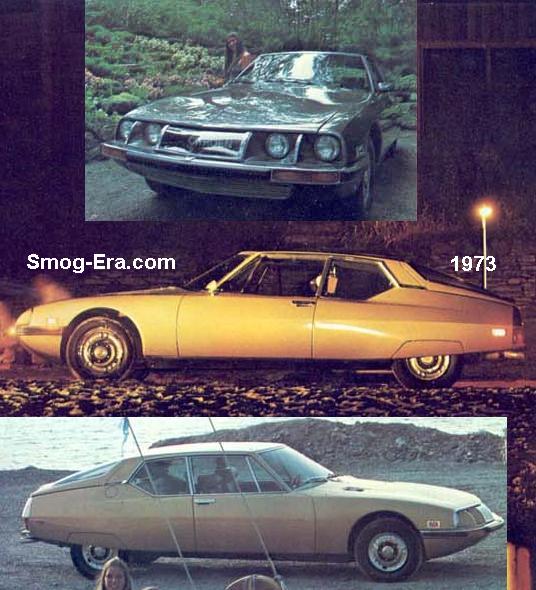