The Caprice nameplate meant ‘luxury’. Well, atleast as far as the Chevrolet division was allowed to take it. It even had its own special emblem, which replaced the traditional Chevy bowtie on all Caprices.

The 1973 Caprice was advertised as being the ‘uppermost Chevrolet’. It had the same overall body dimensions as the 1971-1972 models. In these early years the big Chevy got a new appearance with each model year and 1973 was no exception.

The 1974 Caprice previewed the look of the next year’s Chevrolet Impala. All were called ‘Caprice Classic’ this year and beyond. Due to the ever tightening rollover standards, the 2-door hardtop coupe was replaced with a 2-door post coupe this year. 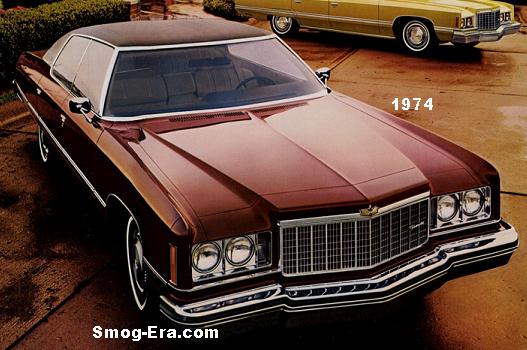 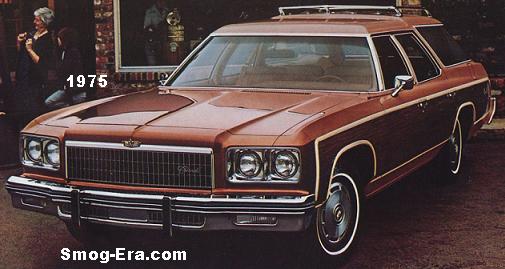 For 1976, the Caprice received rectangular headlamps and a new grille. The convertible was no longer offered as of this year.

Welcome to 1977. This was the year that all fullsize GM cars went on a diet and lost almost a thousand pounds, though the interior room remained. The the 2-door post, 4-door post, and station wagon body configurations were all retained

In 1978, engine choices remained the same, so did the appearance, sans a new grille. The bad news was that the rear axle ratios in Caprice coupes/sedans were changed to a horrible 2.41 ratio.

1979 Caprices were essentially carry over models, though the nose got a slightly updated appearance.

Notable on the ’77-’79 Caprice coupes was the large rear windshield. These cars are already becoming quite collectible.

In 1980, all fullsize GMs went on another weight loss program losing on average 100lbs. versus the previous year. It was done mainly with lighter complete front ends. 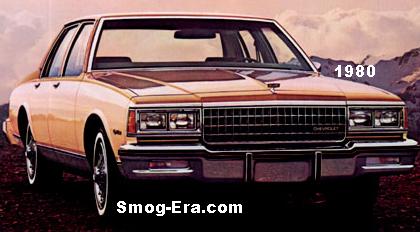 The 1981 model year was essentially the same car though it did get a new grille. The 350 Diesel was now optional on the coupes/sedans. The basic looked stuck around until the end of the smog-era.

In a rare experiment, the 1982 Caprice wagon came standard with the 267 V8, though there were not many takers.

In 1983, the 2-door coupe was dropped for this one year only. Also dropped was the 267 V8. The Caprice nameplate carried on many more years beyond the ‘smog-era’.