The Kelmark GT was sold as a kit car. The shape it held was heavily influenced by the Ferrari Dino 246GT.

The first of two variants was the GT Independence. It was engineered to be used on a Volkswagen Beetle chassis. The layout, like that of the Beetle was rear engine/rear wheel drive. Weight came in at about 1700lbs. Wheelbase was 95 inches and the overall length was penned at 174 inches.

The second variation was called the GT Liberator. It was a more involved setup made to be used on a tube chassis or a platform of the builder’s choice, with mild modification.

The most common engine used by builders was the Volkswagen Flat-4 of varying displacements. Chevrolet V8s were also said to be fitted by others.

Kelmark GTs were produced from the late 1960s to mid 1990s, but are said to be one of the hardest kit cars to locate, either pre-built or in NOS (new-old-stock) kit form. Notable were the turbine style wheels that were very popular during the smog-era timeframe. 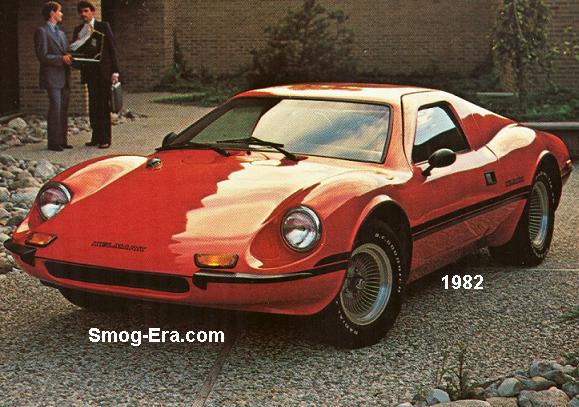