One of the smallest cars in Chevrolet history, the Chevette is small even by today’s standards. Introduced for the 1976 model year, the ‘vette was initially offered in only a 2-door hatchback body style. It’s platform was shared with Opel’s Kadett model overseas.
Providing the power were the 1.4L I4 and 1.6L I4. A 4-speed manual or 3-speed automatic were doing the shifting.

For 1978, the 1.4 was dropped. Newly added this year was the 1.6L High Output. Toys on this engine were a dual outlet exhaust manifold, larger intake manifold, and larger carburetor. A 4-door hatchback also became available this year.

A ‘Scooter’ two-seat base model was offered right out of the gate. A Woody package with faux exterior wood was offered for the first two model years.

A notable ‘sort-of’ performance package was the ’76/’77 Chevette Rally. It came with the 1.6L, special body graphics, plus a rear sway bar.

The grille and headlights were updated for 1979. The 1.6L now had a 2 barrel carburetor standard. 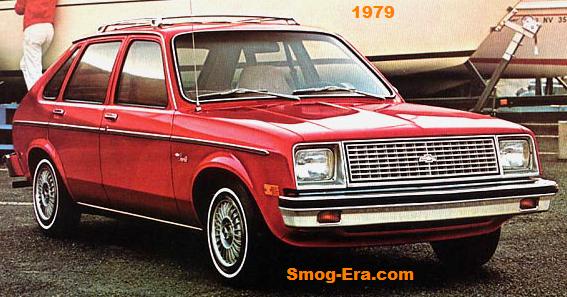 For 1983, the Chevette CS arrived. This was basically the ‘Eurosport’ package for the car, which included color-keyed bumpers and blacked out trim.

While more challenging than a Vega, it’s not too hard to put a V6 or even a V8 in these cars. In the US, 2 door and 4 door hatch body styles were the only variants offered. The Chevette was also a popular choice in the U.S. Postal Service lease-fleet.