XKE
The XKE is one of the most cherished European cars of all time. Its shape is considered by many to be ahead of its time, still to this day. Its final two years fall within the smog-era— 1973, 1974. The ’74 version made Time Magazine’s list of the Top 50 Worst Cars of All Time. This is partially due to the plastic “dagmars”, as they call them, on the front bumper to meet 5mph strength regulations.

Its wheelbase was 105 inches. Front track width was 54.3 inches. Curb weight was about 3500 lbs. Body styles offered were coupe or convertible in ’73, and only the convertible for ’74. An interesting feature was the way the hood opened— the top three-quarters of the entire front end tilted forward.

By this time, the XKE came loaded with standard equipment. Power steering, power brakes, tilt steering wheel, reclining bucket seats, and leather interior were the major base comforts. Air conditioning and chrome wheels could be added as options. 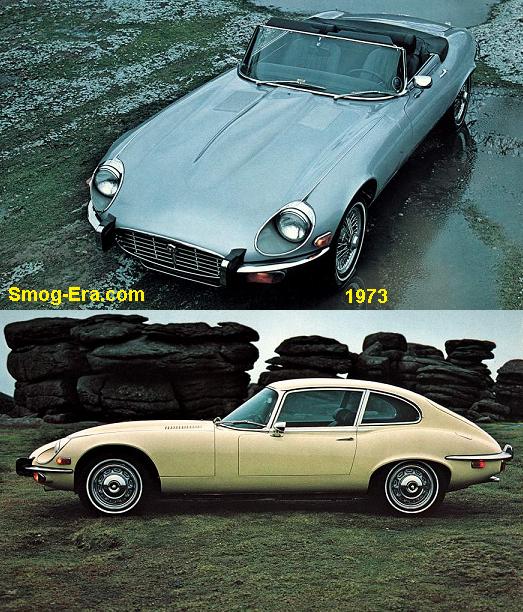