1973 brought the fourth model year of the Gremlin. The Gremlin was available with a 232 CID I6, 258 CID I6, or a 304 CID V8, displacements rarely seen in a subcompact. 1973-1974 were the top selling Gremlin years. A notable option was the Levi Package, which gave you a Levi Jeans inspired interior. The ‘sporty’ trim level was the Gremlin X. The ‘X’ offered a side stripe, which changed slightly in shape for each model year.

For 1977, the Gremlin was refreshed with a new look in the nose and tail. A Volkswagen-sourced 2.0L 4-cylinder was now available, however, it replaced the 304 V8 on the engine list. The last model year was 1978, but this year a Gremlin GT was offered. The GT added a front air dam, fender flares, body-colored bumpers, tape stripes, an aluminum instrument panel, plus a standard 258 I6. 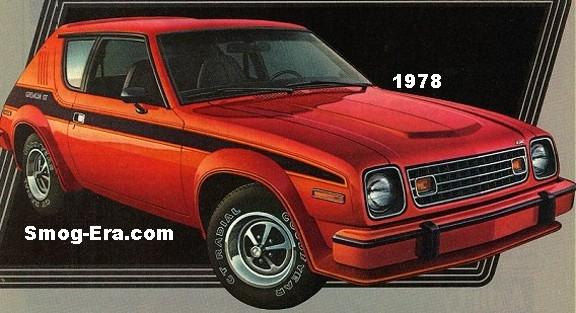