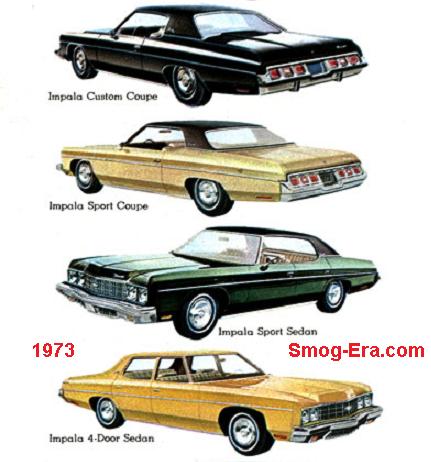 1974 models got a slight appearance update. Engines and drivetrain options remained the same. The 1974 Custom Coupe received separated B and C-pillars. The 1974 Sport Coupe received the unified B/C-pillars of the previous Custom Coupe, so it almost wasn’t a true hardtop at this point. A special commemorative package called ‘Spirit of America’ was offered on Sport Coupe this one year only. Basically it was a car with white exterior with red and blue accents throughout. 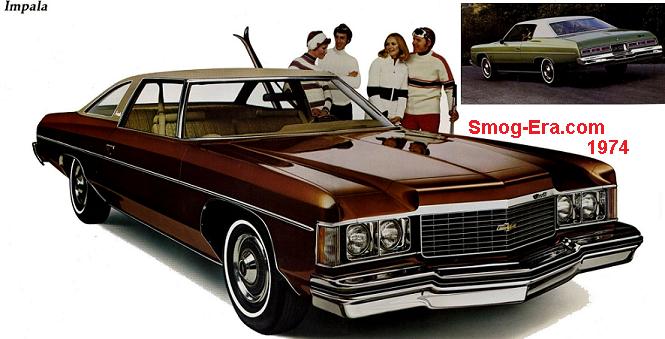 Another update was done for 1975. Impala took on the appearance of the previous year (’74) Caprice. A new trim package for the Custom Coupe called Landau was added this year. Included were sport mirrors, vinyl roof with chrome band, pin-striping and special hub caps. 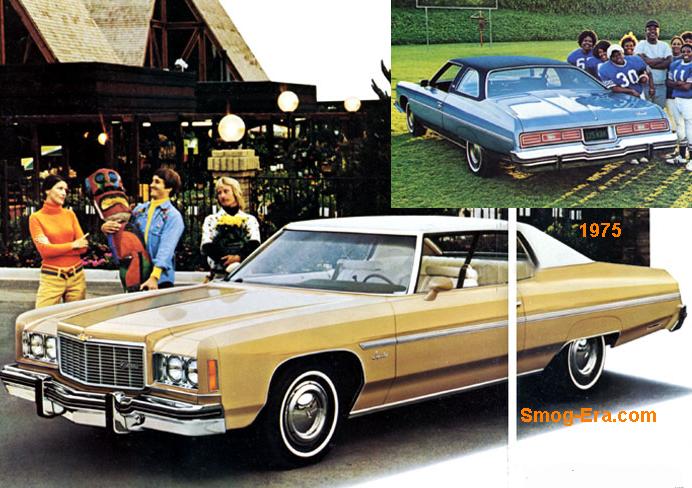 Once more for 1976. The car looked like the previous (’75) Caprice again. Sport Coupe was no longer offered as of this year. Also dropped now was the 400 2bbl V8. A budget stripper model called Impala S was added for this one year only. 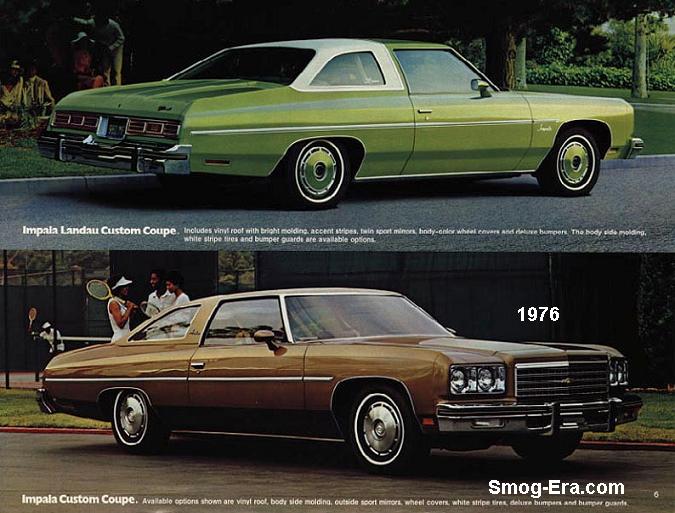 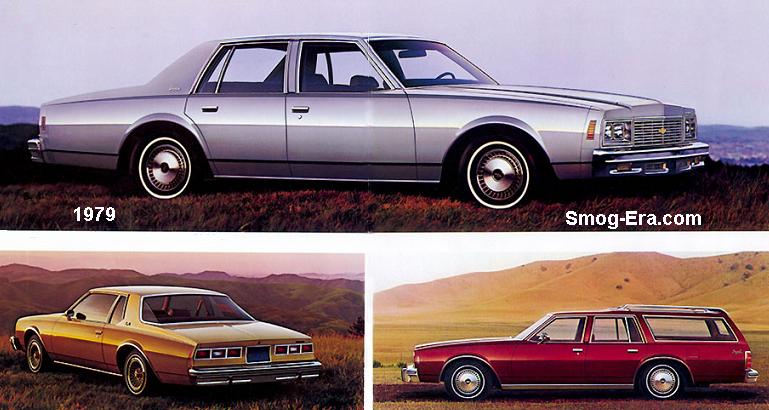