The Matador was in its third model year in 1973. It was also the last of the generation. The body styles were 2-door hardtop, 4-door sedan, and station wagon. Its size fell between midsize and fullsize, slotting in just under the big Ambassador. 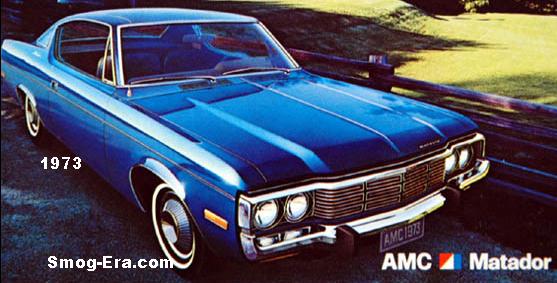 In 1974 the Matador line was redesigned. The coupe even split off to its own series (see separate section). Engine choices remained the same. Buyers had a choice of the base Matador or a Matador Brougham.

For 1976, the 360 4bbl returned. In 1977, engines carried over. In 1978, the Matador sedan was available with the ‘Barcelona’ appearance package. It was also the final year for the Matador.

On a final note, the Matador was available with a Police Package through its timespan. Such equipped versions are a rarity nowadays. Matadors could be seen in the Adam 12 and the early Dukes of Hazzard television shows..