The two-door middle-of-the-line Cadillac for 1973 was massive. It sat on a 130″ long wheelbase and weighed about 5000lbs. The only engine you could get with this thing was an equally impressive 472 CID 4bbl V8. In 1974 the Coupe’s nose received a refreshing. 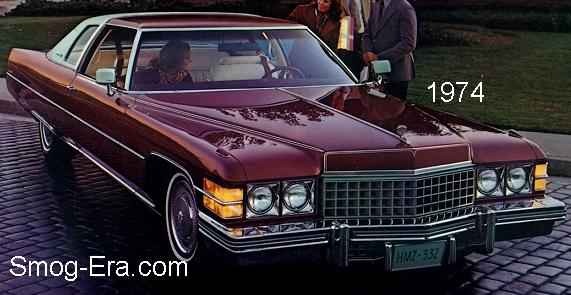 For 1975 the 472 V8 was dropped and replaced with the even larger 500 CID 4bbl V8. The nose received another update, this time with rectangular headlamps.

RecTrans Discoverer This almost should be in the Dodge area, but it looks goofy enough that Dodge would never have made it, directly anyway. The Discoverer was made for model years 1971, 1972, 1973, and 1974. Before RecTrans Corporation started a build, these were stripped Dodge motorhome (M300) chassis, which itself ...