Rich has the following to say about it:

I really wanted a car built around the time when I was born, and so I set off looking for one. After about six months of searching, I came across this one and brought it home earlier this year. I decoded the fender tag and learned that it was originally a 318 Torqueflite equipped car with a dark green exterior and interior. The emissions equipment has long been since yanked out by a previous owner. The interior was changed to black, then the exterior was then painted in Sublime which was not even available that year. I didn’t care for the color at first, but now I love it and wouldn’t have it any other way.

I have learned the hard way how difficult it is to keep a 40 year old car on the road. It breaks down often, and I usually have to special-order the parts. The car would have to remain off the road until the parts arrive and I can get them installed, so this will never be a daily driver that I can depend on. It’s a mother to start when cold. It usually starts on the third or forth crank, then it takes some fancy footwork on the accelerator to keep it from dying. It leaks just about every fluid it has: engine oil, transmission fluid, gas, power-steering fluid, you name it. I’m slowly getting those worked out. The handling is awful, and it floats all over the road. The steering is way overboosted and with absolutely no feel. I’ve never driven anything like it. I’m coming from a late-model Mustang, so this car is going to take some getting used to. It doesn’t stop very well, so the car has to be strategically driven to where I never get myself in a situation where I couldn’t stop in time. 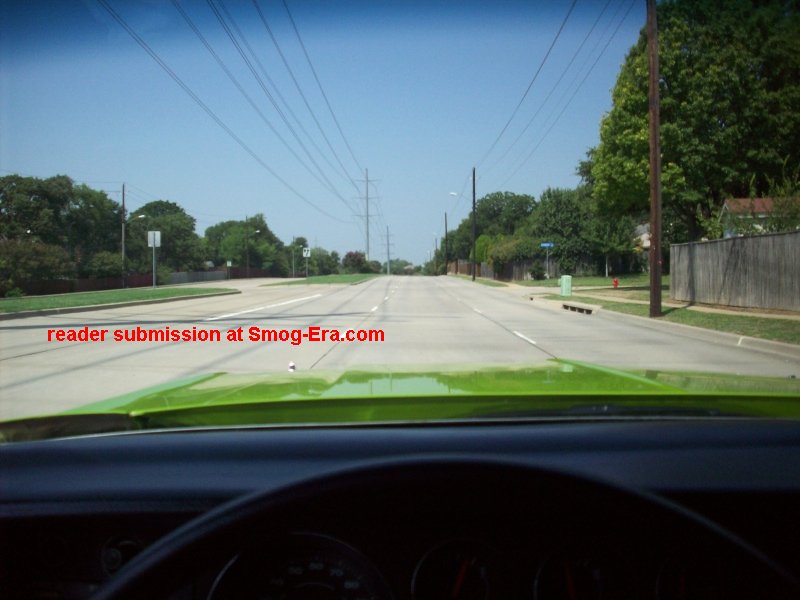