Coupe
By the time 1980 rolled around the think-tank at Chrysler was thinking about yet another run at the Imperial brand. But this time, the idea was ‘personal luxury car’… The platform under this generation Imp was based on the Chrysler J-body

The Imperial Coupe finally came to fruition in 1981 with no model name technically, just ‘Imperial’ as a make, still marketed on its own. This version was built in a 2-door body style only, but there were a few coach makers that did stretched them out, added doors, creating limousines.

The Coupe did make an appearance in NASCAR from 1981-1985, a first for a late model luxury brand. Two engines were offered, but not officially. The ‘factory’ engine was a 318 CID EFI V8, but was quite troublesome with its early control system. Chrysler authorized dealers to start changing the 318s over to 360 CID 2bbl V8s. Many owners did the switch while others retained the EFI engines for fuel economy reasons.

A ‘Frank Sinatra Edition’ was offered which included Glacier Blue Crystal paint, a glovebox full of his music, in cassette form, and special ‘FS’ badging.

The final year for the ‘personal luxury coupe’ Imperial was 1983. 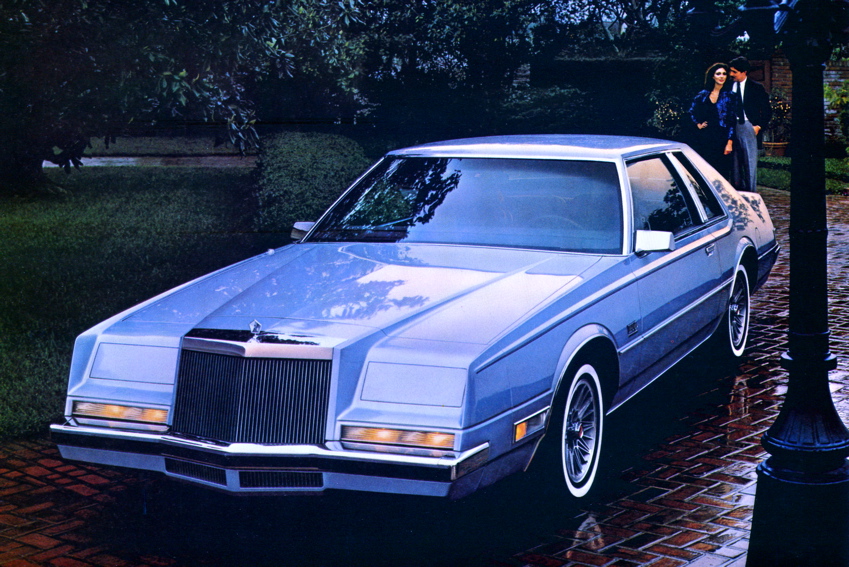